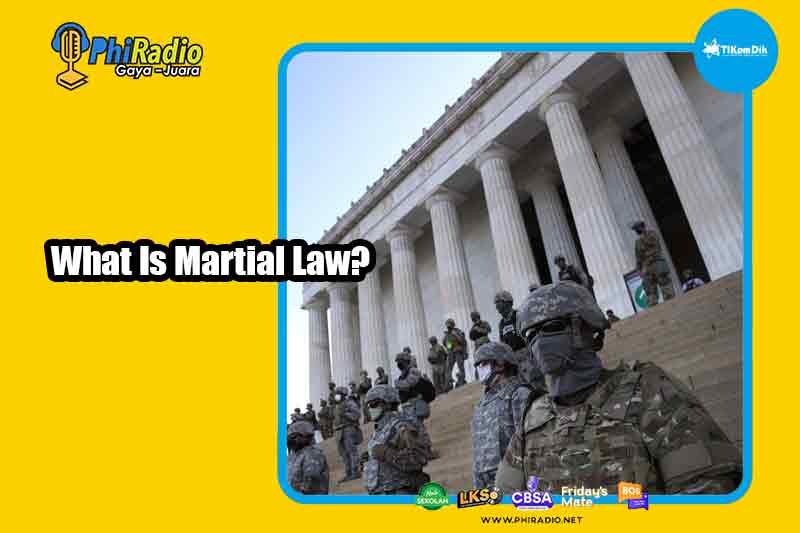 What Is Martial Law? Martial law is defined by Merriam-Webster as “the law administered by military forces that is invoked by a government in an emergency when the civilian law enforcement agencies are unable to maintain public order and safety.”

It has been declared 68 times in the US, with 29 declarations coming during labor disputes, according to the Brennan Center for Justice. Four declarations came during natural disasters and two more came during wars or invasions.

“Martial law has long been mired in confusion in the United States, but that has not always stopped state and federal officials from declaring it,” the Brennan Center writes.

The federal government has not declared martial law since it restored civilian rule to Hawaii in 1944. Martial law was last declared on the state level in 1963 when Maryland Governor J. Millard Tawes imposed it on the city of Cambridge in connection with race riots.

Martial law, temporary rule by military authorities of a designated area in time of emergency when the civil authorities are deemed unable to function. The legal effects of a declaration of martial law differ in various jurisdictions, but they generally involve a suspension of normal civil rights and the extension to the civilian population of summary military justice or of military law. Although temporary in theory, a state of martial law may in fact continue indefinitely.

In the English legal system, the term is of dubious significance; in the words of the English jurist Sir Frederick Pollock, “so-called ‘martial law,’ as distinct from military law, is an unlucky name for the justification by the common law of acts done by necessity for the defence of the Commonwealth when there is war within the realm.”

Such “acts done by necessity” are limited only by international law and the conventions of civilized warfare. Further, the regular civil courts do not review the decisions of tribunals set up by the military authorities, and very little authority exists on the question of remedies against abuse of powers by the military. In Great Britain and many other jurisdictions, such questions are of little significance in view of the modern practice of taking emergency or special powers by statute.